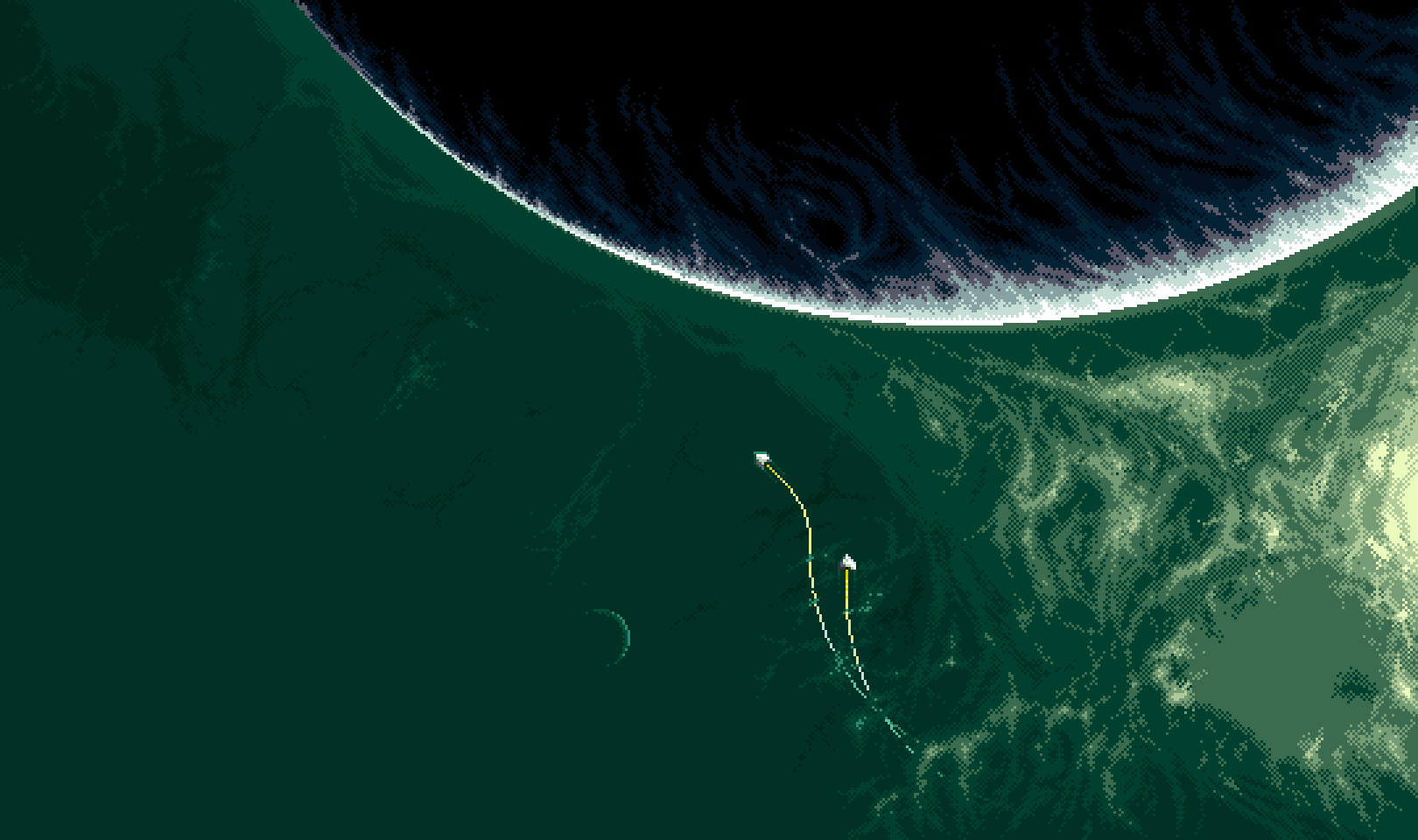 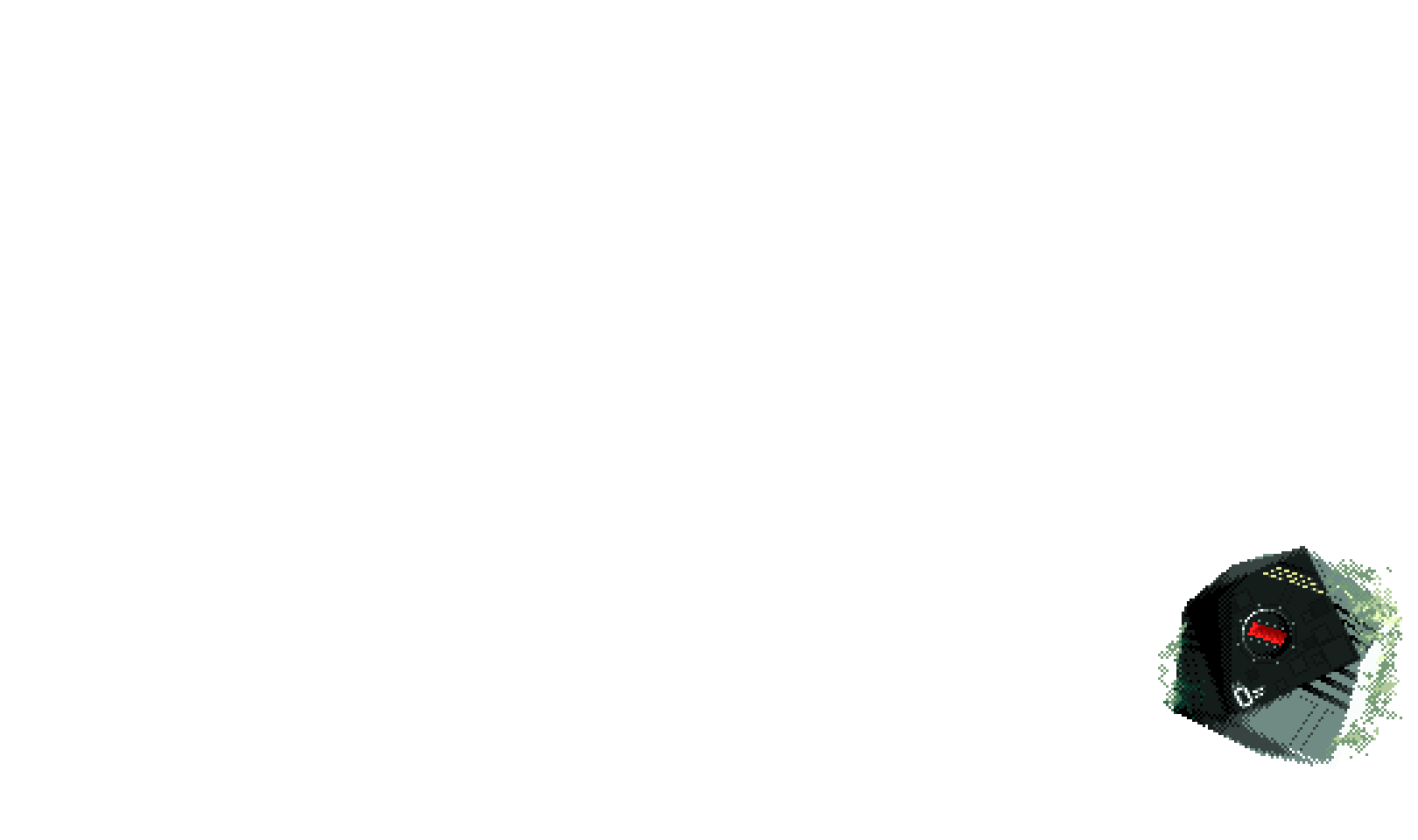 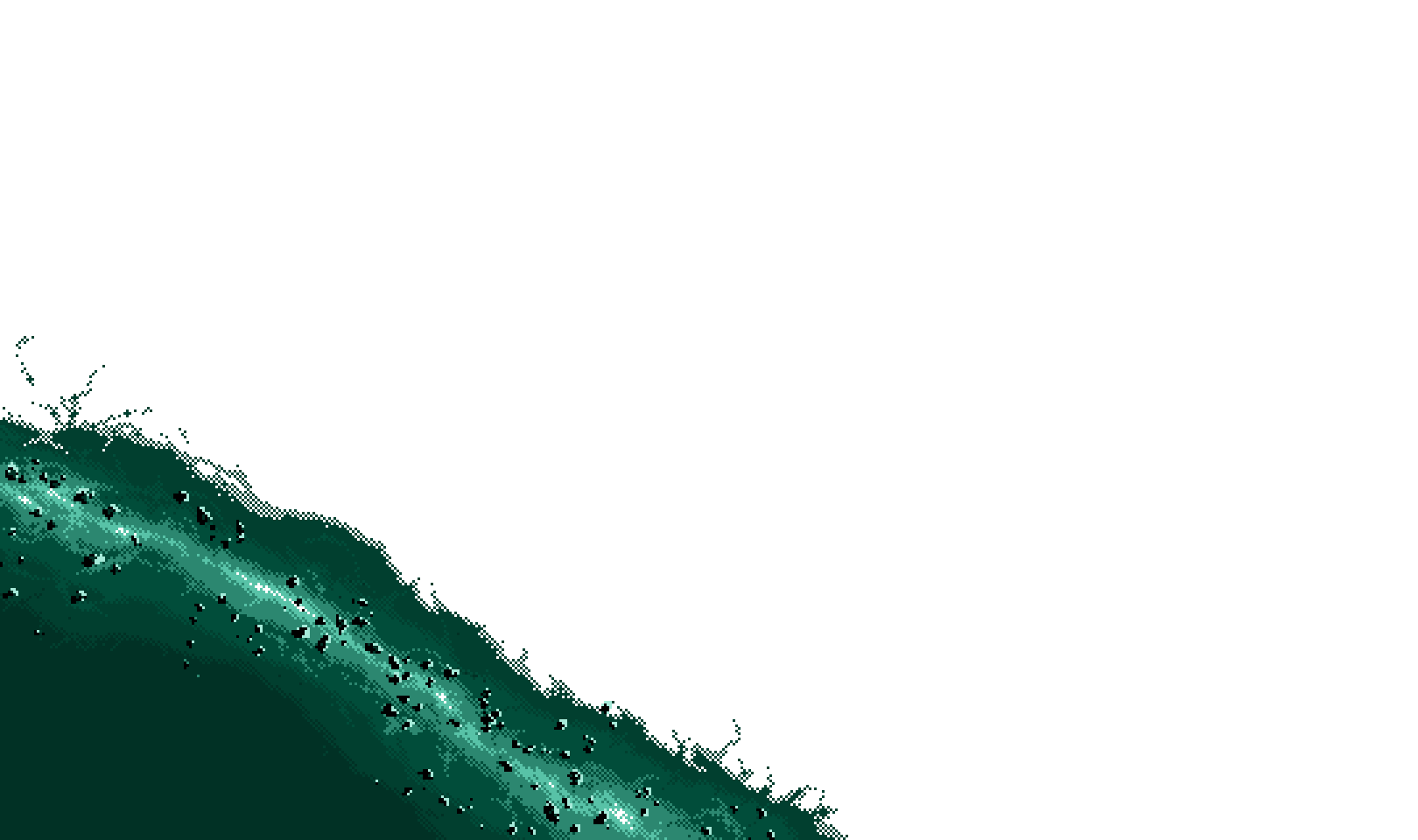 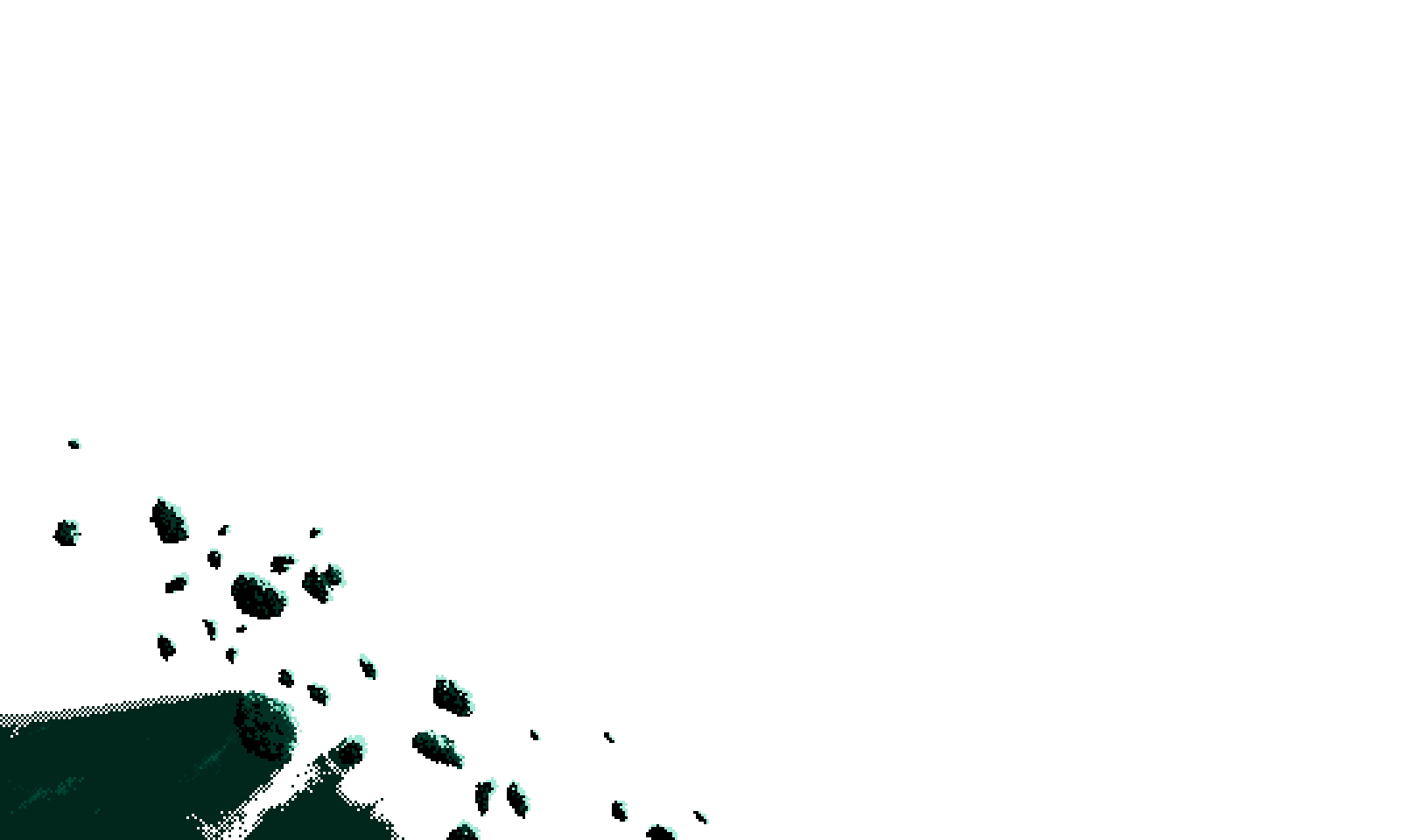 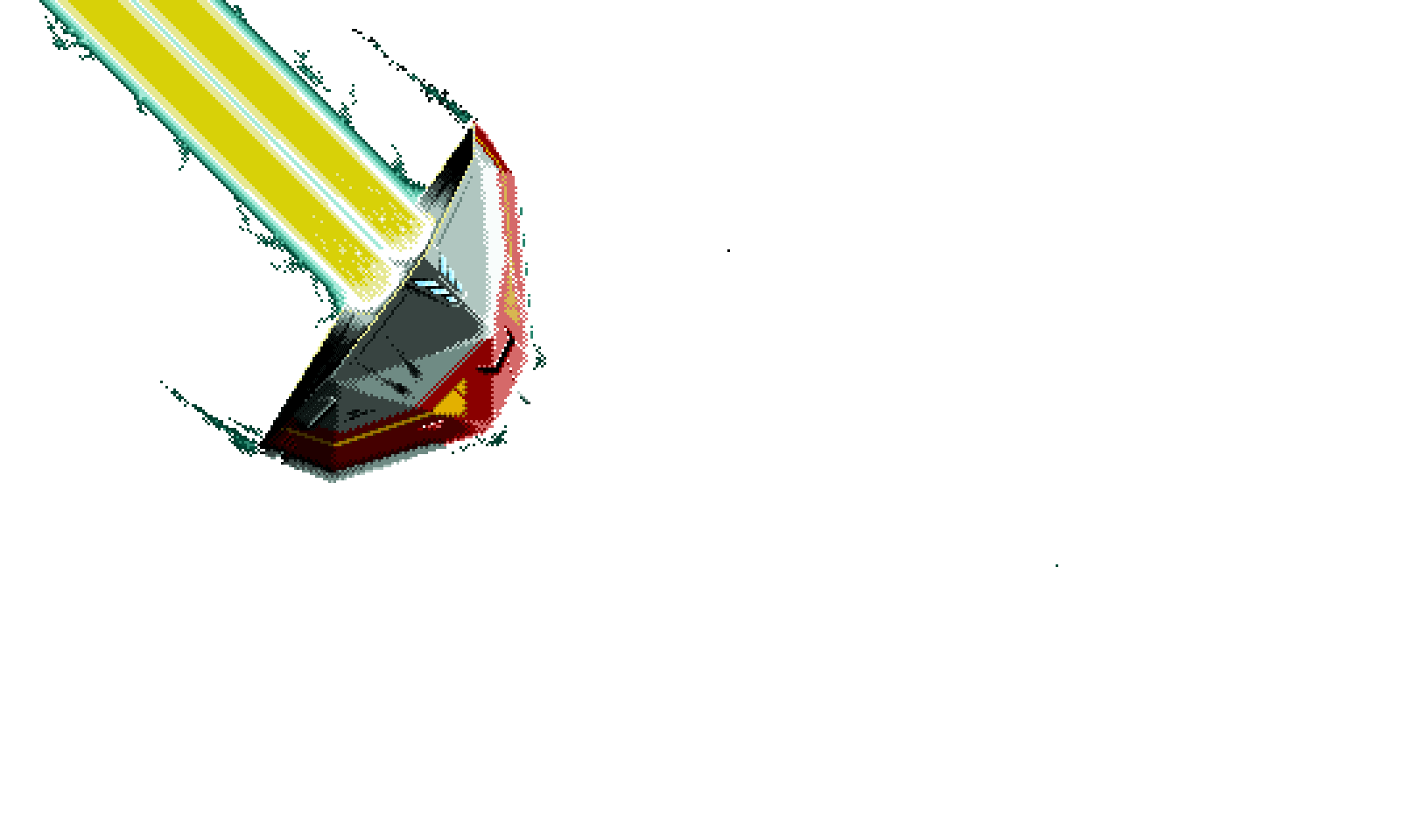 There are many unsolved mysteries in the world. What exactly is a smell? How do magnets work? Why is it that wasps are mean but bumblebees are nice? Scientists have studied these cryptic matters for centuries but have repeatedly come up empty-handed; teachers have been forced to shrug in front of classrooms full of expectant students, some of them even turning their pockets inside out to emphasise how truly stumped the academic world is by almost everything.

Perhaps the most enduring mystery of mankind is the grand mystery of space. It was precisely the allure of this big empty bastard that inspired many early games developers to set their games in the infinite and unknowable cosmos just outside our atmosphere. That, and televisions had black backgrounds anyway, so it was very easy for games to draw space.

Elite was one such space game. David Braben’s space-postman classic was released in 1984 for the BBC Micro and allowed players to explore a pixelated simulacrum of our own galaxy, laser-joust with space pirates, trade space goods and discover new space worlds. Ask literally anybody about Elite and they’ll say ‘phwoar, what a game,’ while rubbing their thighs. It really was that good.

But Elite’s made-up videogame universe came with its own set of very real mysteries; myths that have persisited to this day thanks to a heady concoction of pre-Google rumour-mongering and crudely doctored screenshots. A trawl through Elite’s code might have revealed that most of these legends were entirely fabricated by space-mad pilots, but community hearsay keeps them well and truly alive.

So who better to disabuse us of our fanciful space notions than Braben himself? By repeatedly knocking on the front door of his home and hiding in the driveway behind his car until he came out, I was granted the great privilege of an audience with the man himself. And so it came to be that I had the opportunity to put questions about the most mysterious and enduring Elite myths to the man who helped foster them. 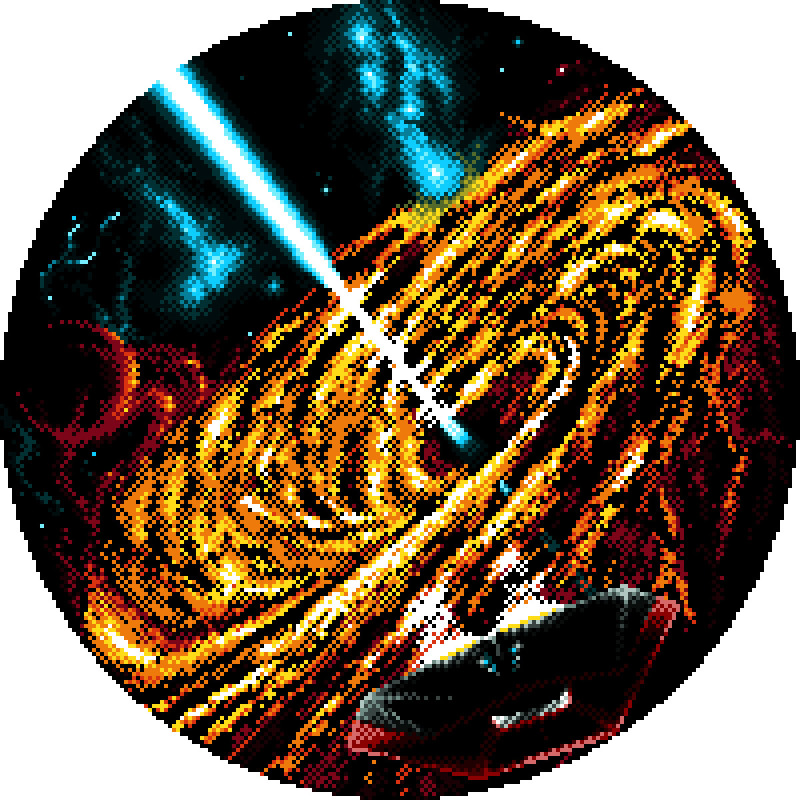 Was there a really black hole at the centre of the galaxy?

In reality: Real, actual, honest-to-goodness scientists reckon there’s a supermassive black hole living in the middle of our real, actual, honest-to-goodness galaxy. It acts as a sort of gravitational tether, preventing our solar system from spinning off into the infinite void of abject nothingness between galaxies. How do we know this? Because in the 1990s some scientists pointed a telescope at the centre of our galaxy and concluded that the stars there were doing some funky-ass shit, the kind that they only do around black holes.

In Elite: In Elite a rumour persisted that, at the centre of its procedurally generated galaxy, a similarly sucky object would exist. It was exceptionally difficult to reach, requiring the player to travel tens of thousands of light years away from the core systems, but those who made the journey and survived insisted that they had seen the game’s only supermassive black hole. Telescopes don’t exist in Elite, so we only had their word to go on. But was it really ever there?

David Braben says: ‘In Frontier1 1 The 1993 sequel to Elite added proper Newtonian physics, which meant space apples would fall more accurately from space trees. , yes there was. It didn’t work well sadly, but I think a few people did go there, but it was one of the things that didn’t get properly tested unfortunately! In the later versions I think it worked, but there wasn’t anything to do there. It just looked interesting.’ 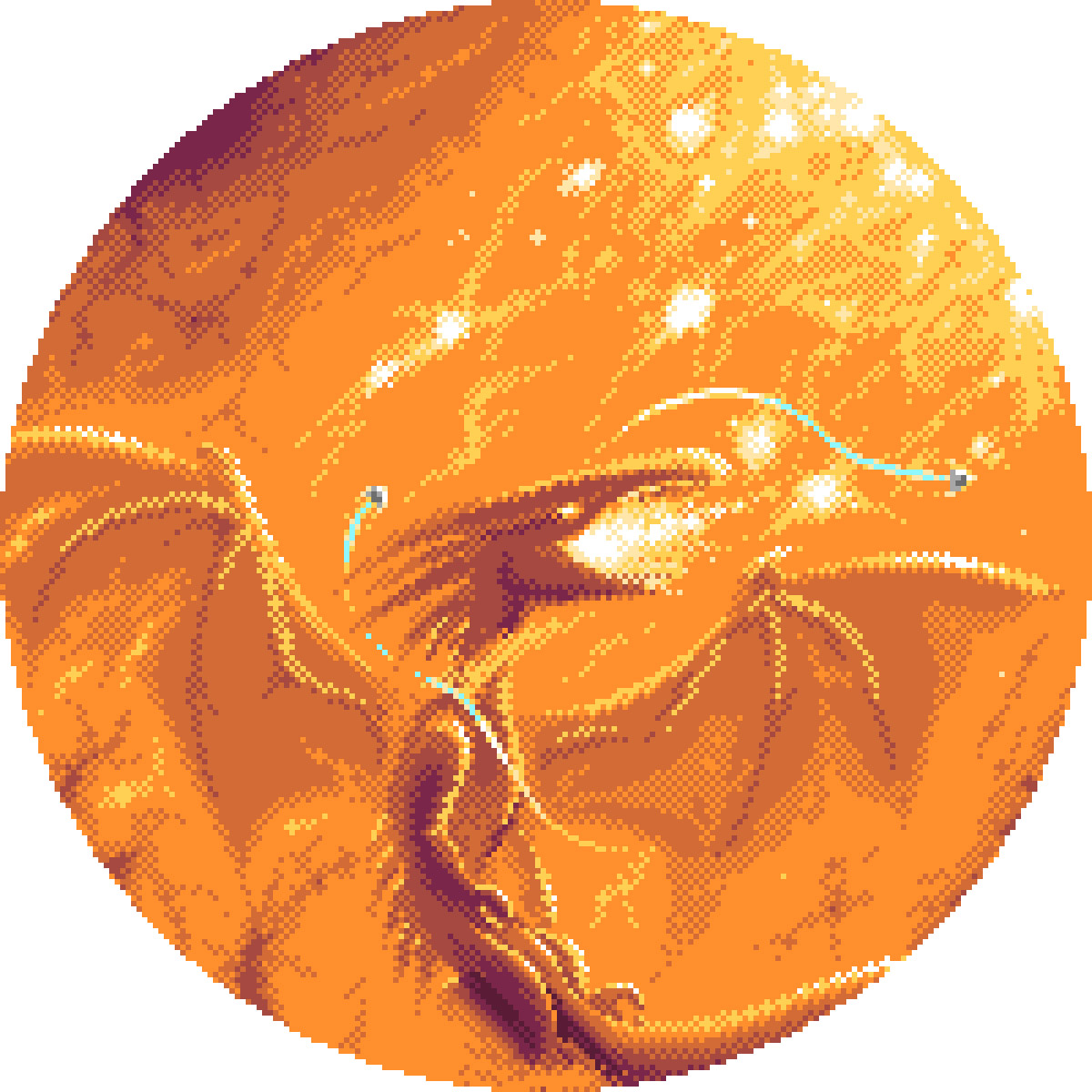 Was there really a space dragon?

In reality: Not much can live in space, unless you’re really pedantic and consider everything inside of the Earth’s atmosphere, like koala bears and frogs, to technically also be ‘in space’ (in which case nothing can live near you because you are so annoying). There is, however, a special kind of bacteria that can exist out there in the frigid vacuum. Although it happily weathers the weatherless void, it must do so in a state of stunned catatonia, a tiny bacterial coma brought on by the trauma of being kicked out of a spaceship’s window. In this state, the bacteria cannot replicate. And if you ask any bacteria, they’ll tell you that’s hardly living at all.

In Elite: Players said that in Elite there was an infinitesimally small chance that you’d fly around the back of a planet one day and run into a bona fide space dragon. Apparently overlooked was the very evident fact that the BBC Micro could scarcely render a spinning dodecahedron, never mind a snarling, animated space beast, one that breathes space flames all over your spaceship. This could never be real. Could it?

David Braben says: ‘No. There wasn’t. It’s a nice idea but there was no space dragon in Elite. That said, I’ve heard that rumour with respect to the game Zarch2 2 Also known as Virus, this third person shooter was released in 1987 for the Acorn Archimedes. The game involved flying around a solid three dimensional landscape shooting at things, a premise so utterly novel and revolutionary that many reviewers destroyed their own monitors attempting to crawl into the screen. , where there was a dragon, so I think that rumour got mixed up with Elite. So yes, I’ve heard of Elite’s dragon, but unfortunately it’s not true.’

What were luxury goods, exactly?

In reality: Typical examples of luxury goods include: ornate lampshades with little tassels, nicely upholstered chaise longues, matching cutlery, women’s shoes neatly arranged in a row, unopened tins of varnish and certain limited edition coffees in Starbucks. Some items you may think are luxurious but are, in fact, not, include: duvets (but not duvet covers), any soap that doesn’t come wrapped in paper, most USB sticks, buffet cars and two men carrying a piano up a stairwell.

In Elite: One of the first lucrative trade routes involves hauling tonnes of luxury goods between Sol (that’s our own, luxurious solar system) and Barnard’s Star, a run that helps you amass a small fortune and sets you on your way to your first ship upgrade. But quite why Barnard’s Star is so desperate to pay for luxury goods is a mystery. No matter how many tonnes of the stuff you drop on them they’ll remain hungry for more, like determined bourgeois hipsters. In many ways you could say Barnard’s Star is the Hyacinth Bucket of space. But what did David Braben think luxury goods were?

David Braben says: ‘Well to balance the economy we needed to have all of these different systems producing things of drastically different value, so the idea of a system producing luxury goods came out of that. But as for what those goods actually were? I honestly never had anything concrete in mind. I was mostly concerned with the names of different trade goods fitting inside the character limit. Sorry.’ 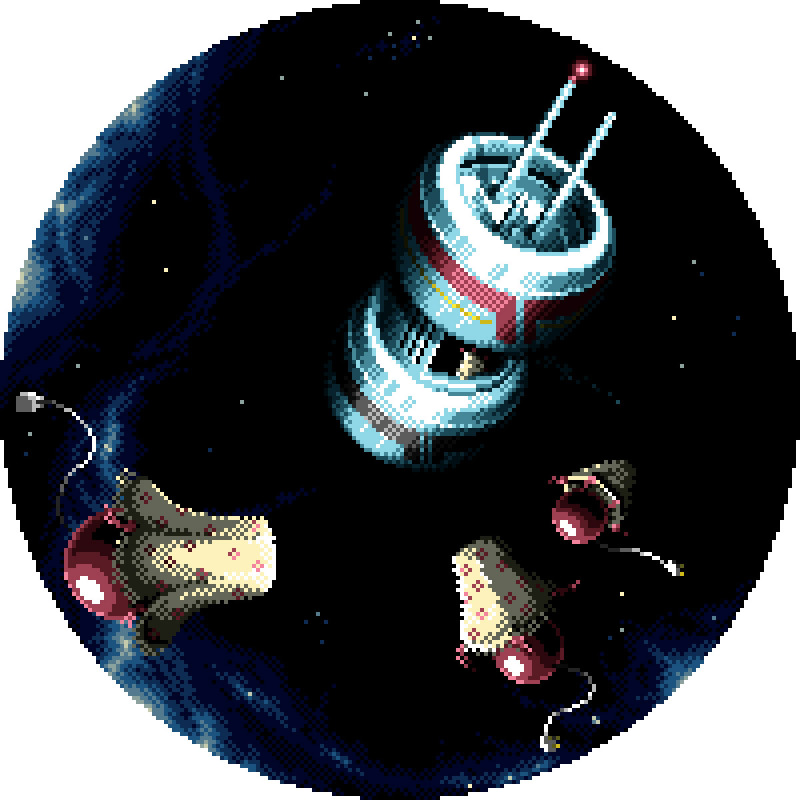 How did all the policemen fit inside that space station?

In reality: The logistics of law enforcement in space are still a matter of heated debate. If you had an argument with an astronaut in orbit over Sweden, began strangling him over Norway and finished him off over Guatemala, in which country should you be sentenced? And how do you stop convicts jumping over the prison walls of low gravity moon-jails? Whatever the answers to these cosmic constabulary conundrums, one law remains a certainty: the law of physics that prevents an infinite number of policemen occupying a finite amount of space. It’s got something to do with atoms.

In Elite: The simplest way to raise your ranking from ‘Mostly Harmless’ to ‘Elite’ was to launch from a space station, turn one hundred and eighty degrees to face the docking bay and open fire. This attack on the structure would elicit the response of local law enforcement, flying squadrons of Viper police craft, who could be shot at and destroyed before they even had a chance to leave the bay. The docking bay doors would repeatedly close and reopen to reveal fresh batch after fresh batch of Vipers. A suicidal parade of impossible policemen, each one breaking the most fundamental laws of the universe, the cheeky sods. But how did they all get in there?

David Braben says: ‘Hah! I admit that in Elite it was slightly magic; there was an endless supply of police craft inside each station. At least in Frontier they actually fit inside the space station. You could see them coming out of the docking bay four at a time, and if you kept shooting at them they eventually would stop spawning. So that was slightly more realistic I suppose. But yes, in Elite there was a little bit of smoke and mirrors going on.’

So there you have it. Four unequivocal3 3 I have no idea what this word means but I do plan on looking it up very soon. answers to what only the most irritating of online pedants could argue are not the four most frequently asked questions about the original Elite. A mysterious space egg cracked wide open by the very the man who laid it. A puzzling yolk prodded and inspected by a keen-brained reporter. And a delicious omelette of answers for you, the hungry reader. 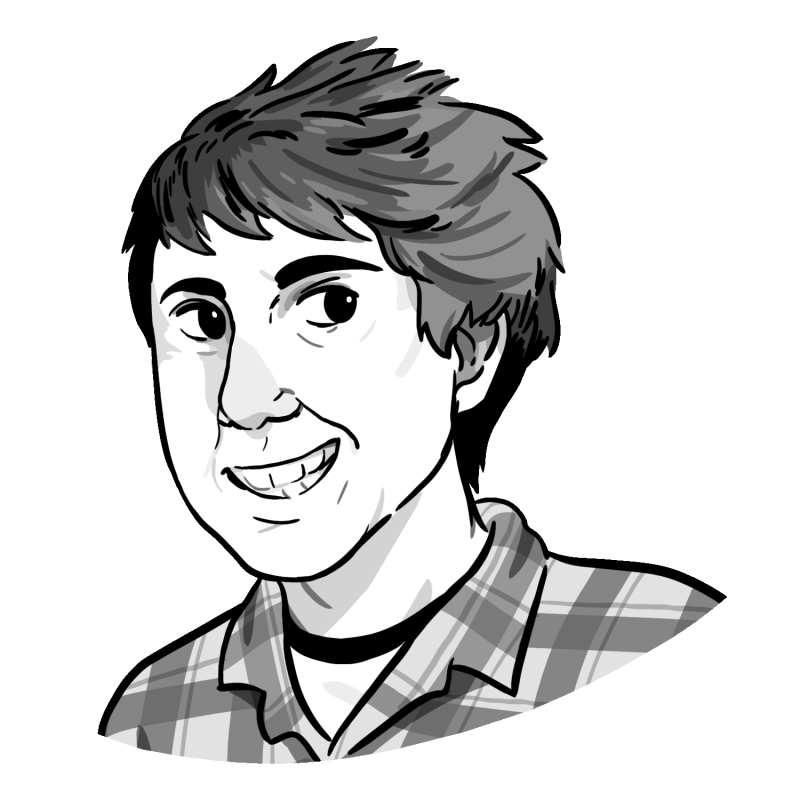 Steve Hogarty has been avoiding having a real job by writing about videogames for almost ten years. Starting out life as a staff writer on PC Zone magazine, Steve’s remarkable ability to remain professionally static as those around him were made redundant saw him accidentally promoted into the editor’s seat. Just under a year later, owing to a dwindling circulation that probably had nothing to do with Steve’s editorship, PC Zone magazine shut down for good.

Now, like an enthusiastic border collie sniffing out tasty treats, Steve writes for anybody prepared to tolerate his awkward dog-based meta-analogies.