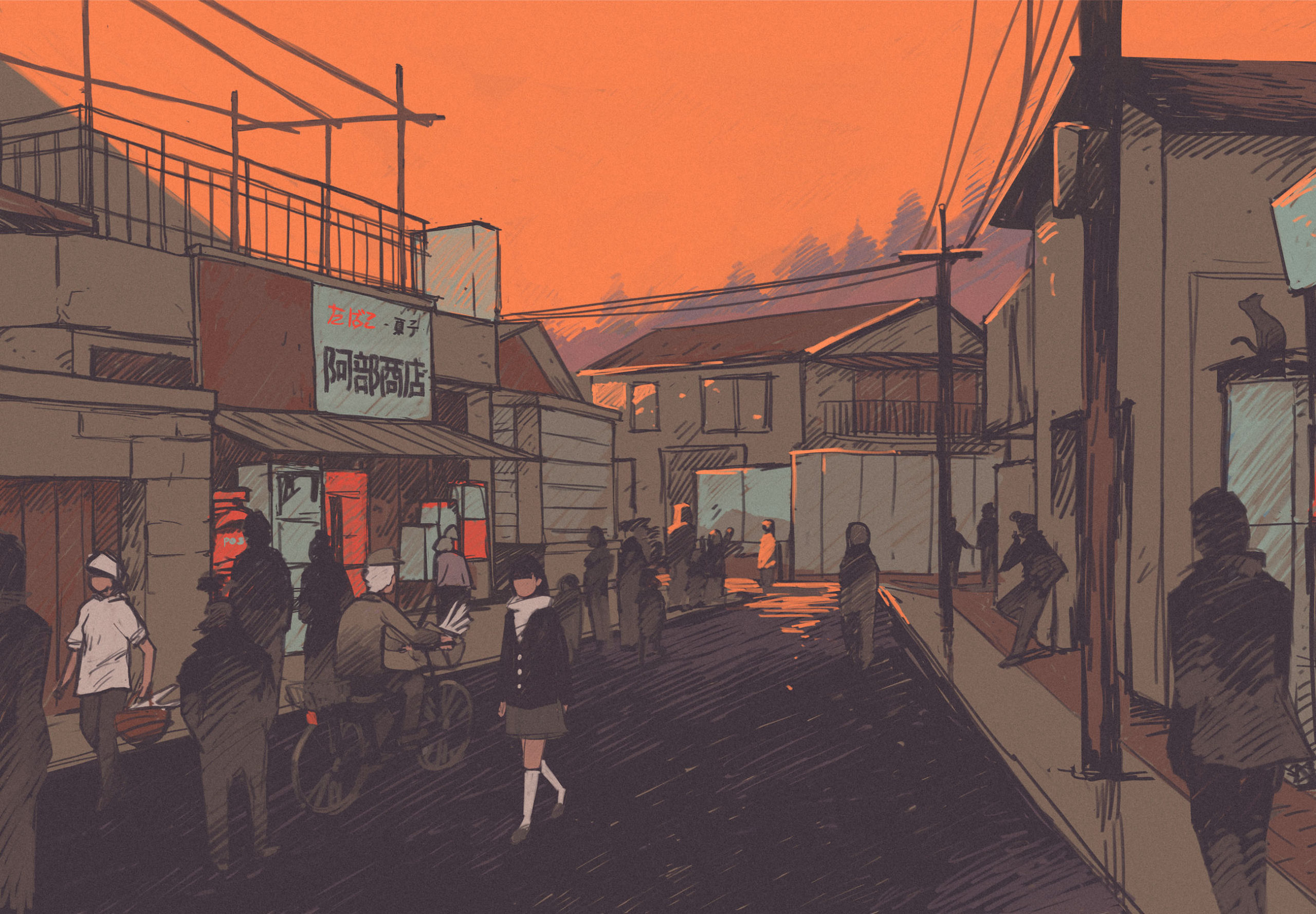 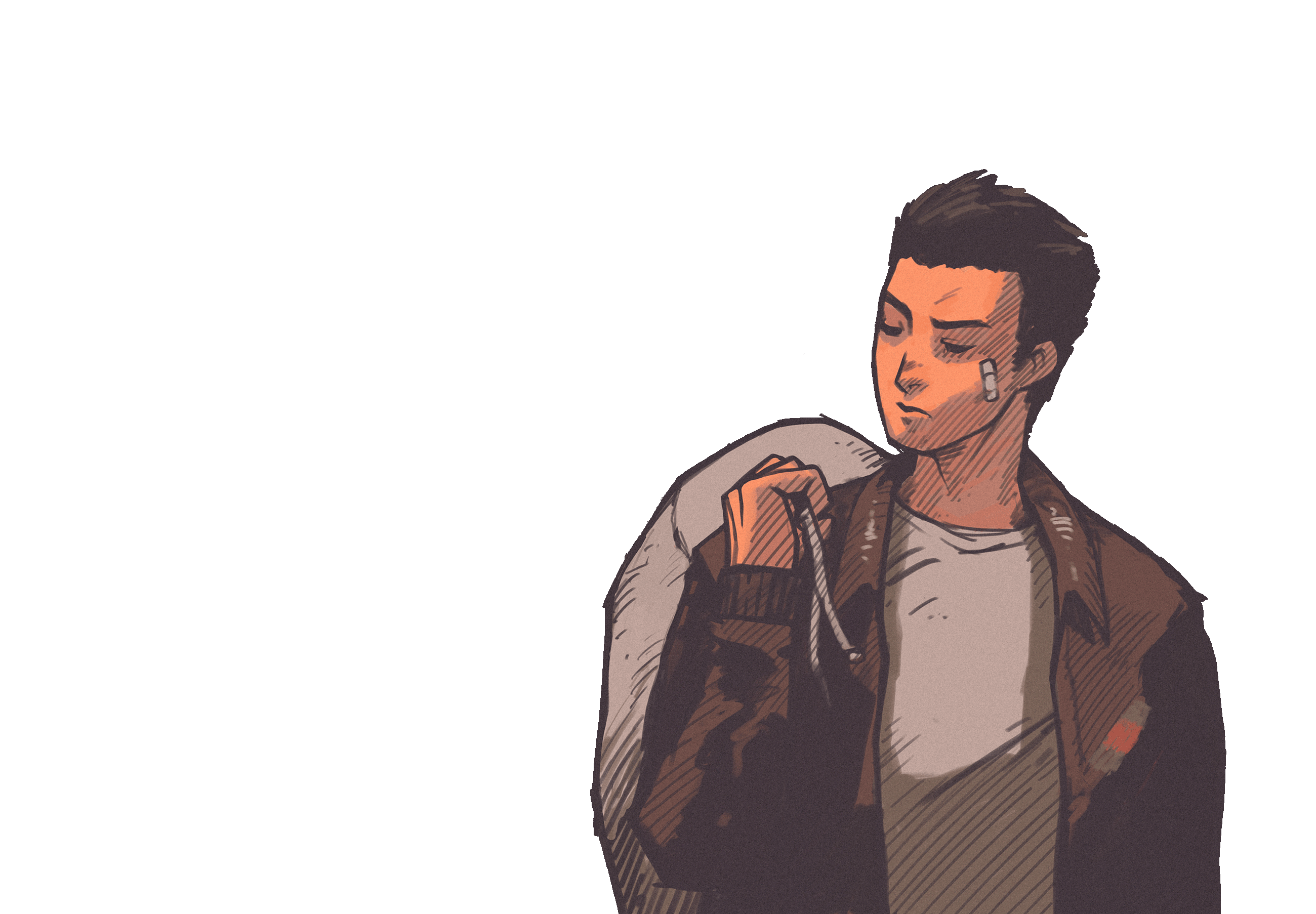 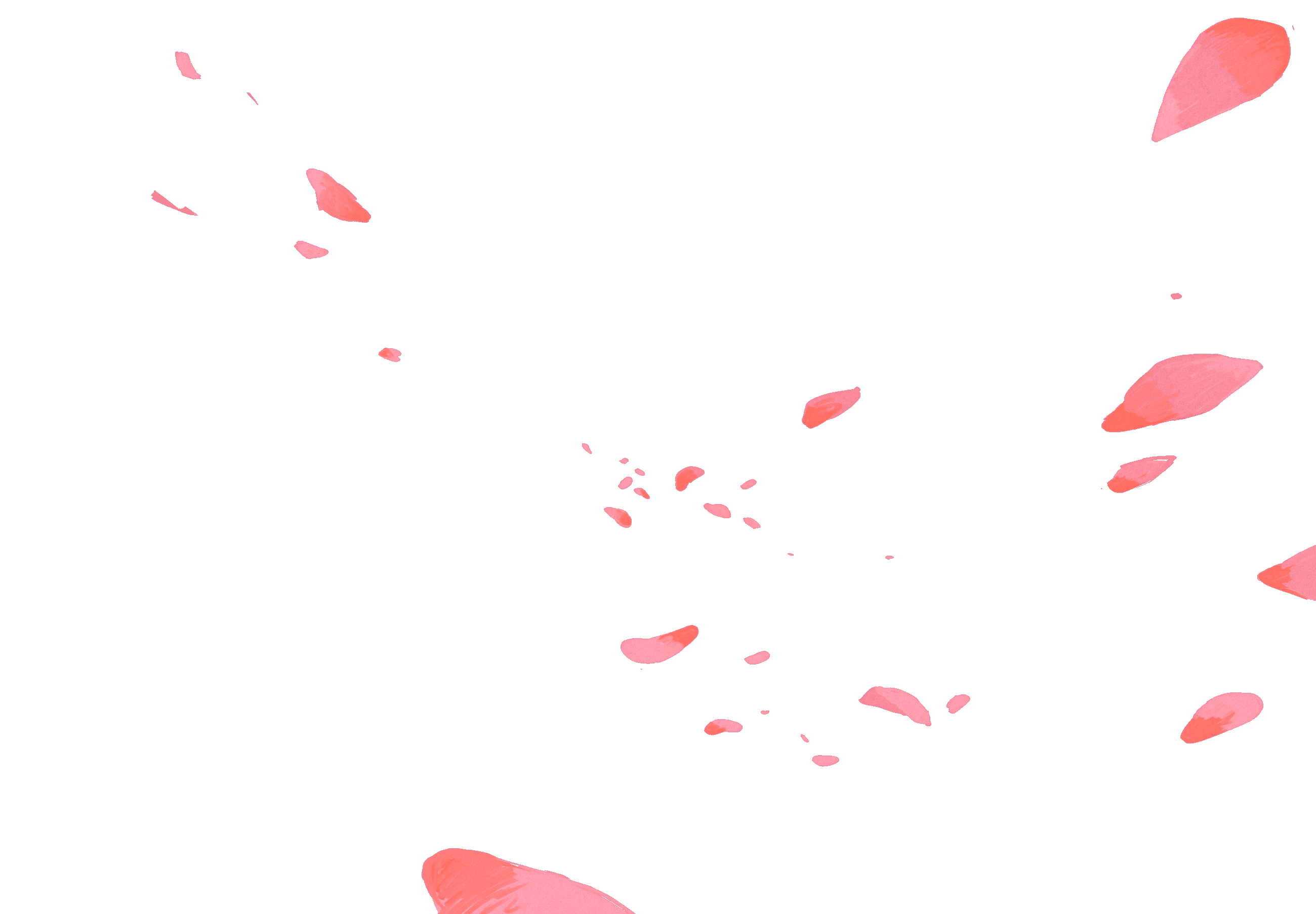 For a videogame that, at the time of its release was the most expensive yet made, and which laid the blueprint followed by most so-called ‘open-world’ games, Shenmue is a surprisingly ponderous adventure. Set in 1986, in the sleepy port city of Yokosuka, the game follows the humdrum life of 18-year-old Ryo Hazuki as he glumly hunts for his father’s killer. It is a game that, in its opening chapters, at least, follows the monotonous routines of the suburb in which it’s set. You spend your time rifling through drawers, wandering the streets, taking on deadbeat part-time jobs and, in the gaps between your daily chores, asking local pensioners what, if anything, they might know about Lan Di, the man Hazuki suspects of killing his father. 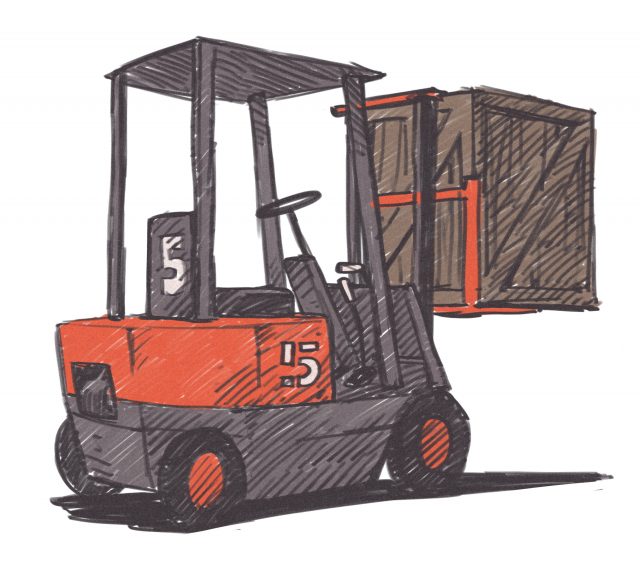 Today, it can all seem a little dry and routine. At the time, however, the chance to experience domestic tedium in the context of a video game, where we were used to seeing only the rip-roaring extremities of human existence, was weirdly breathtaking. By forcing us to move at walking speed, or to always be home by bedtime, Shenmue slowed us down to the point where, finally, we had a chance to be truly present in the simulated world, to notice the flourishes and details (and what details: the slot machines in the game were tested to meet the standards of Las Vegas machines). It detached us from notions of power fantasy and allowed us to adjust properly to the rhythms and strictures of the character Ryo Hazuki’s life, with all its teenage boundaries and impositions.

The resulting bond between player, character and world remains one of the strongest yet seen, as evidenced, years later, by the fans’ insistence that Yu Suzuki finish that which he began, and conclude the final chapter in the trilogy. Here, creator Yu Suzuki [YS], game director Keiji Okayasu [KO] and – speaking in 2000 – the late director of D2 Kenji Eno [KE]1 1 Interview with Kenji Eno, Sam Kennedy and Yukiyoshi Ike Sato, Gamespot, 26th April, 2000 recall the creation of this monumental achievement in videogame world building…

YSAs a director, I used to publish one game per year on average at that time, sometimes two games per year, but that was the period when we challenged ourselves to create games in the shortest time. I liked new challenges and there were lots of things I wanted to do, so I remember feeling that producing one game per year would not be challenging enough. Now, since I was mostly working on arcade games, I wanted a game without any time constraints on the player. I created a prototype on Saturn and planned a full RPG based on Virtua Fighter’s setting and technology. At the time it was known as Virtua Fighter RPG. That evolved into Shenmue.

The hardest challenge was trying to understand what Suzuki wanted to create. All the team members automatically used Dragon Quest and Final Fantasy as reference points, because those were the most familiar RPGs. But Suzuki disapproved.

KOShenmue was being developed for the Sega Saturn. Pretty soon they realised that the Saturn’s specifications might not meet the expectations we had set for the software. So development moved to the Dreamcast instead. Two things went through my mind when I heard this: firstly, relief that there would be better hardware with higher specs, and, secondly, a sense of annoyance that we would have to start all over again in order to make the game compatible with this new hardware. 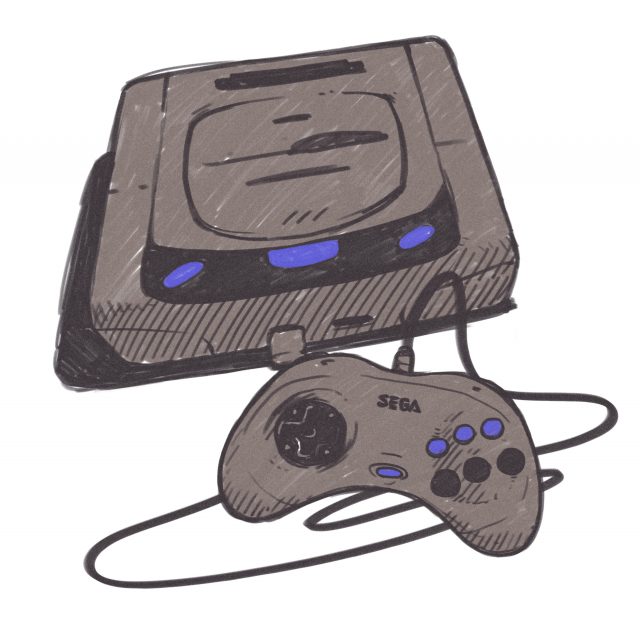 YSI was initially quite particular about the structure of the game. I wanted there to be five hours of movie scenes, four hours of fighting, four hours of searching rooms for clues, eight hours of conversation, four hours to study and train martial arts in-game, four hours in ‘dungeons’, four hours of story and 12 hours of ‘other’ activities. In total, that came to about 45 hours. I wanted to make a game you could play for a long time without getting tired of the gameplay.

KOSuzuki told us that the old RPGs such as Ultima and Wizardry had once evolved into Dragon Quest and Final Fantasy and that the time had come to evolve those games into something different and new. I was a big fan of Dragon Quest and Final Fantasy as a player so, when I heard his thoughts, I was curious to hear what the difference was going to be from those two games. I thought, ‘What is it he is trying to create?’

KOThe hardest challenge was trying to understand what Suzuki wanted to create. All the team members automatically used Dragon Quest and Final Fantasy as reference points, because those were the most familiar RPGs. But Suzuki disapproved. When he tried to explain what he wanted, the rest of us struggled to understand him. We were at a loss about what to do, time and again. For example, normally in RPGs, if a player talks to non-player characters [NPCs] to get important clues, they always repeat the same thing, no matter how many times they talk to them. But Yu was like, ‘It’s not right that they can only say the same thing over and over again like a tape recorder.’ Then I told him that players might miss hearing important clues if they changed what they said. We decided to add a notepad to the system where players could jot down important information they’d collected.

YSEvery NPC in the game operated on their own ‘schedule’. One day, during testing, we noticed that one area was empty. There were no people going about their lives there. It took us a while to figure out what had happened. One morning, all of the NPCs in the warehouse district had gone to get breakfast at the convenience store at the same specific time. Because there were so many bodies in the store, they became stuck in the shop. We had to install an automatic door and limit the occupancy to solve that one.

KOI remember Suzuki saying that there should be variety of vegetables in the vegetable shop. Someone asked him ‘Will players actually be able to buy and use those vegetables as an item?’ Then Yu said. ‘It would be ideal but too difficult so having them in the background is enough.’ The first guy countered: ‘Then what’s the point of putting in all this effort just to make a mere background image?’ And Suzuki replied, ‘Because it’s not a vegetable shop if it doesn’t have lots of different vegetables.’

We soon realised that, if we pursued realism too stringently, Shenmue wouldn’t work as a game.

KOShenmue was created by delving deeply into two questions, or tensions, really. Firstly, there was the question of realism. We soon realised that, if we pursued realism too stringently, Shenmue wouldn’t work as a game. So how far should we go? Secondly, there was the question of scope: just how much effort should we put into areas which were not directly related to gameplay? Answering these questions was a real trial-and-error process.

I remember more about the team management than technical stuff and development, because I was a facilitator for the big project with lots of developers from AM2, Sega employees from other departments, helpers from a subcontracting company and people from temporary-employment agencies. Prior to Shenmue I had experience leading a small team with around 10 people, so it was very much a first for me to be running a team which ran into triple digits. 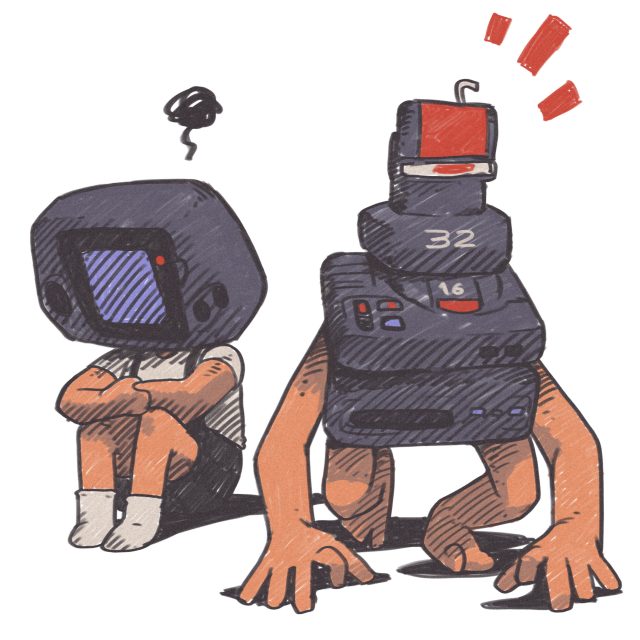 YSBy the end of the project there were more than 300 people on the team. At the time, there was no project management software. We just used an action item list in Excel. At one point, that document had more than 10,000 to-dos.

KOOf course we encountered some technical challenges while we were trying to create something new… But I was working hard every day to resolve relationship issues. Some personal conflicts were like something out of a TV drama. My responsibility was creating a good environment so that Suzuki and the rest of the team could focus on creating a game.

YSBecause of the type of the project, which was large-scale and agile, Shenmue gave us lots of things to discover, and valuable challenges. On the other hand, it was a very tough project to manage.

KOTo be honest, I had no idea how people would react to the game as it had lots of unprecedented elements. But it turned out that people loved those elements. To me, it was refreshing and surprising to hear that players found it fun to see each character’s daily routine. As for sales, I wanted it to sell like crazy as it was such a tough project.

KEShenmue is just an extraordinary game. It’s a type of game I would also develop, but I don’t think I could have done it at Yu Suzuki’s level of quality. As an analogy, developing Shenmue is like setting up a perfect domino effect. It’s beautiful when you watch all the dominos topple in succession, but the process of setting each one is not easy. One would ask, how can they make a game with all those details?

YSFavorite is not quite the right word for this but Shenmue is the title to which I am more emotionally attached than any other.

This excerpt is taken from our forthcoming publication, Sega Dreamcast: Collected Works, available to pre-order now exclusively from Read-Only Memory. 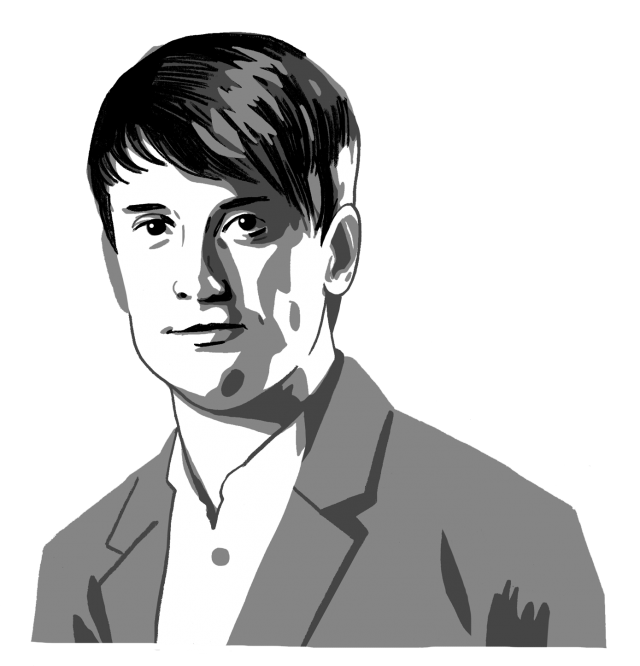 Simon Parkin is a British writer and journalist. He is contributing writer for the New Yorker, a regular contributor to the Guardian’s Long Read, and game critic for The Observer newspaper. His second book, A Game of Birds and Wolves, a work of narrative non-fiction set during the Second World War, was published by Sceptre in November 2019.