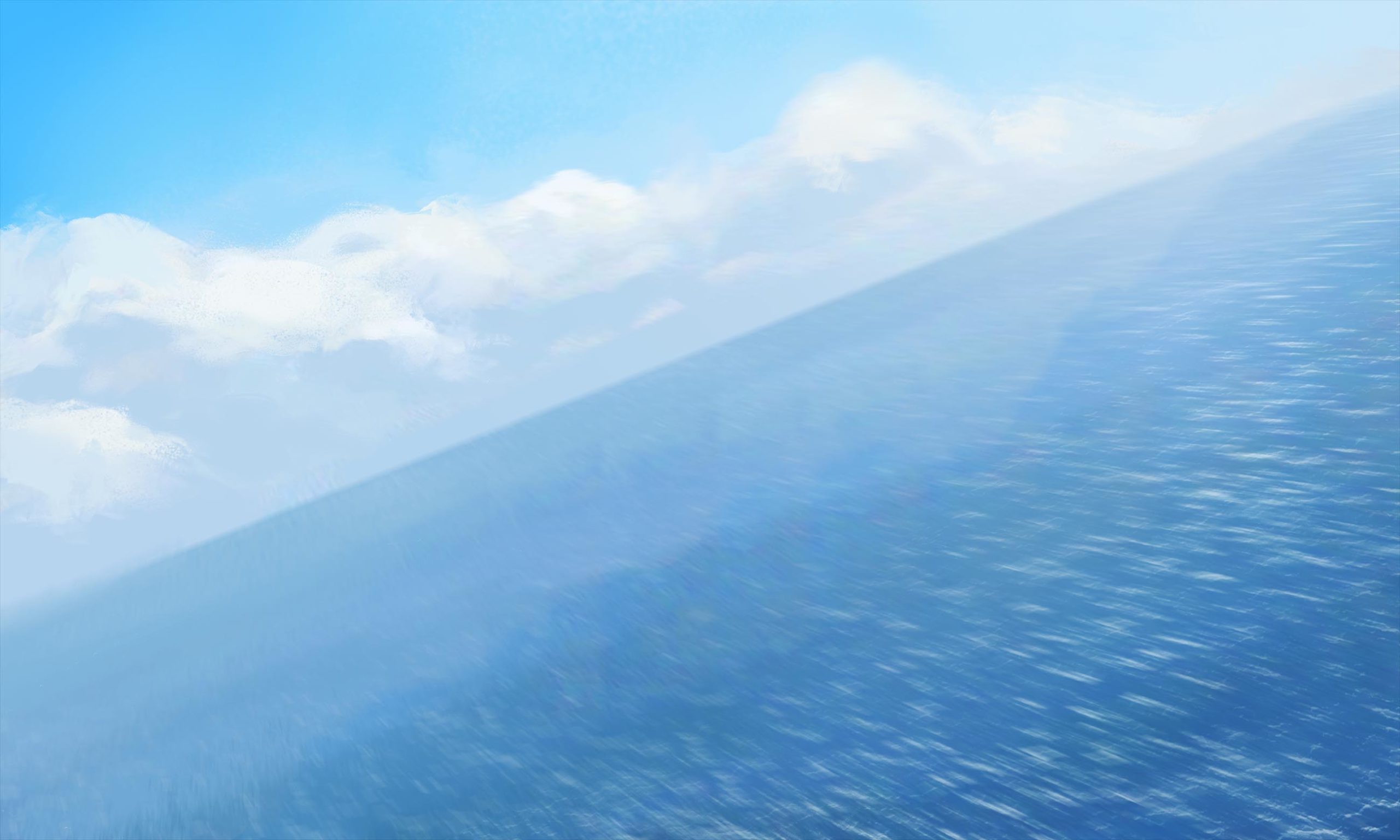 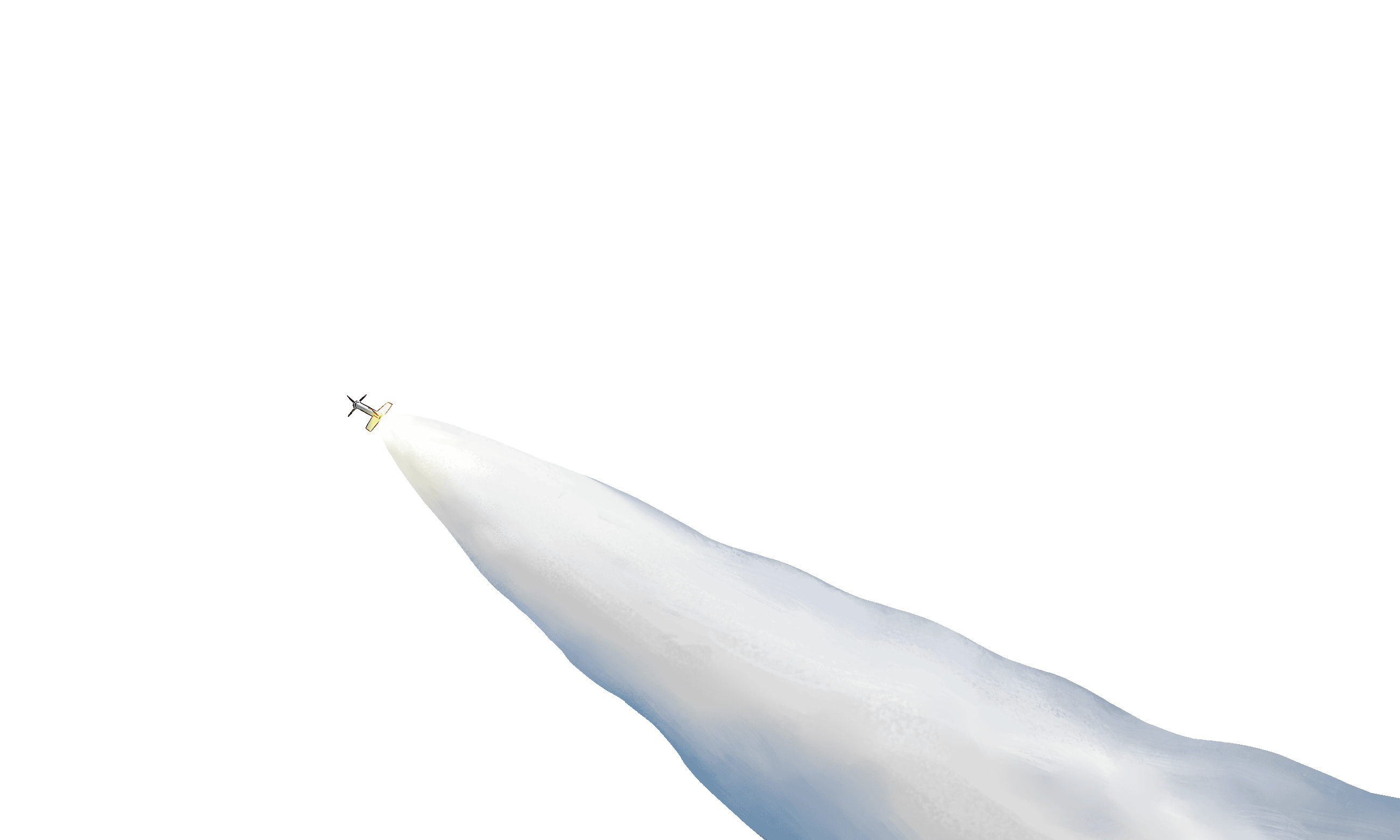 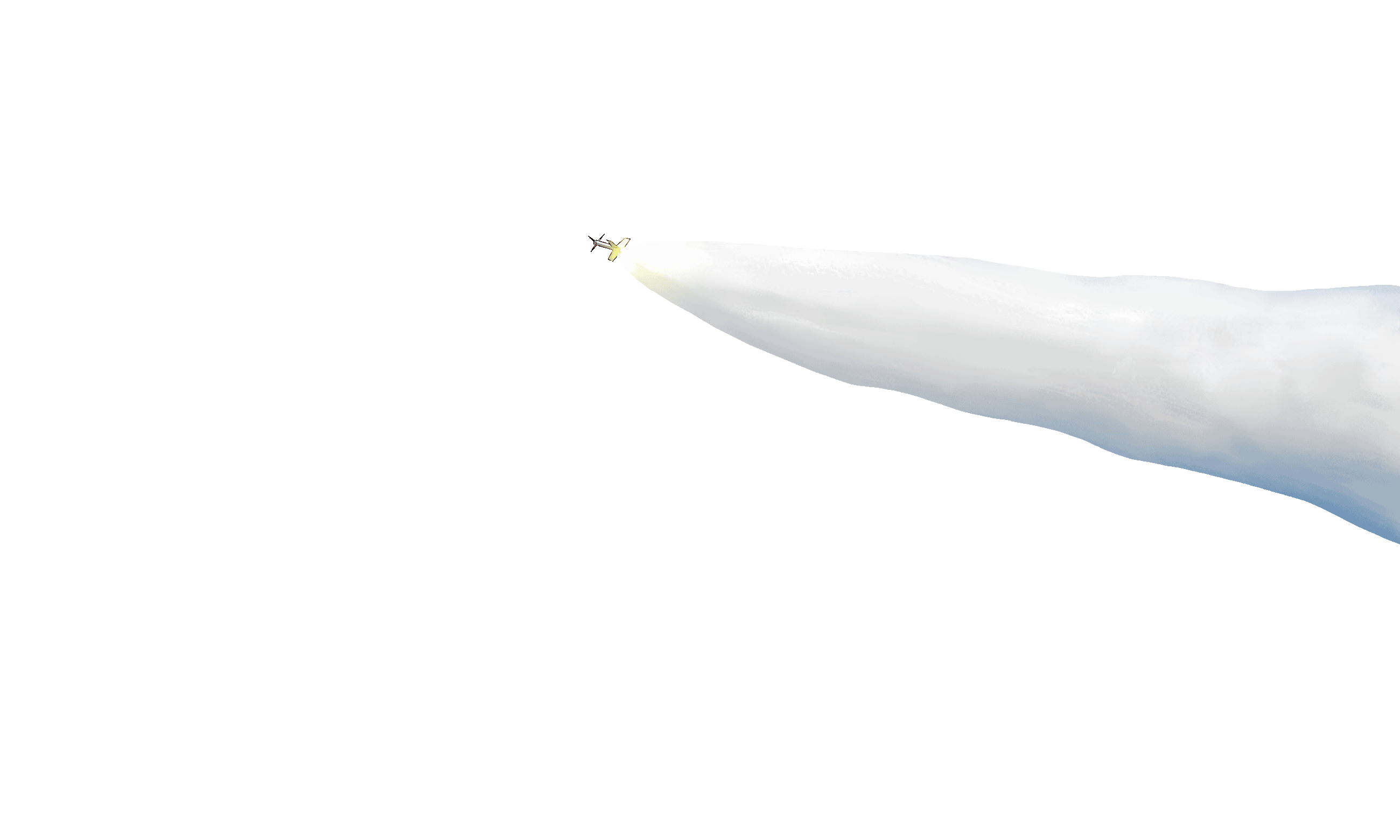 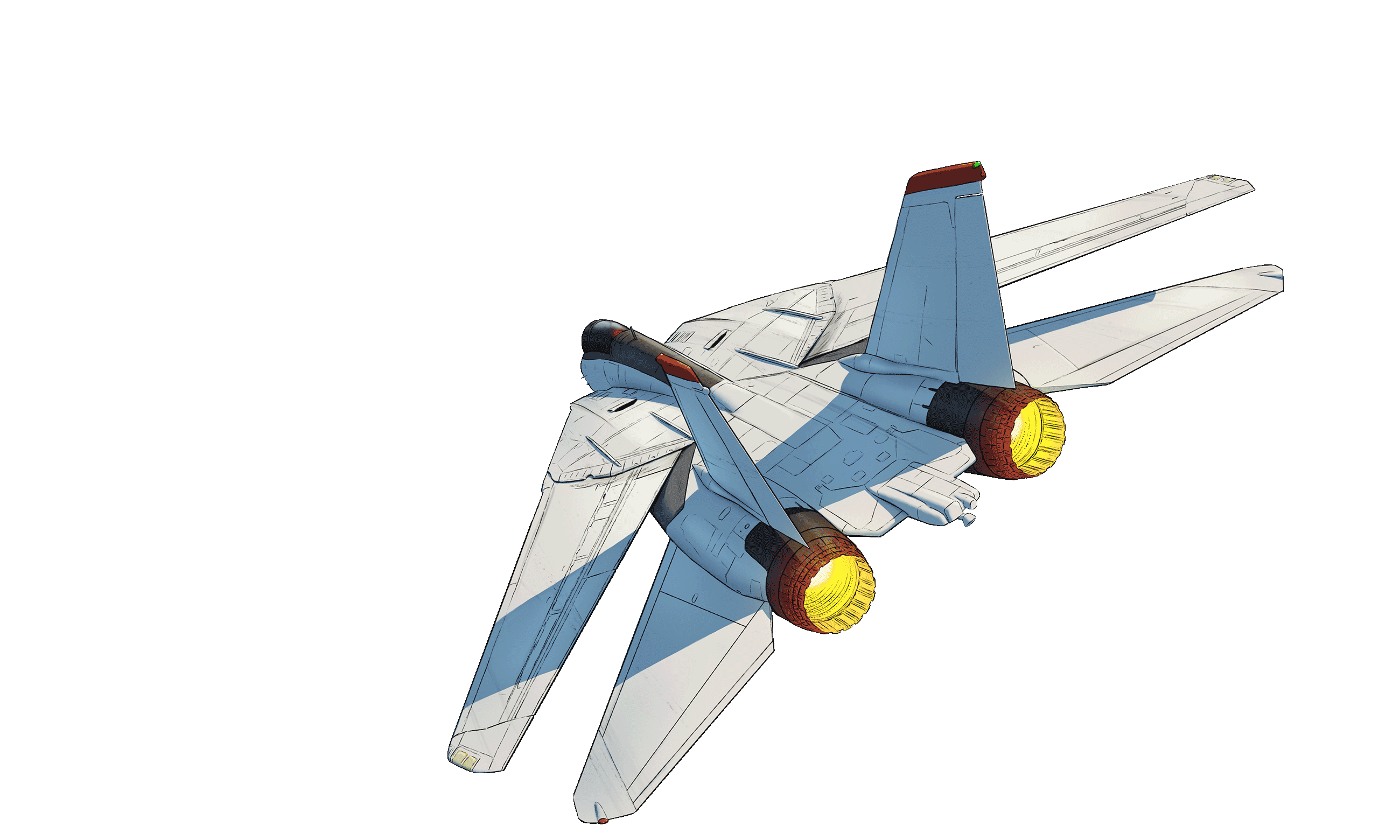 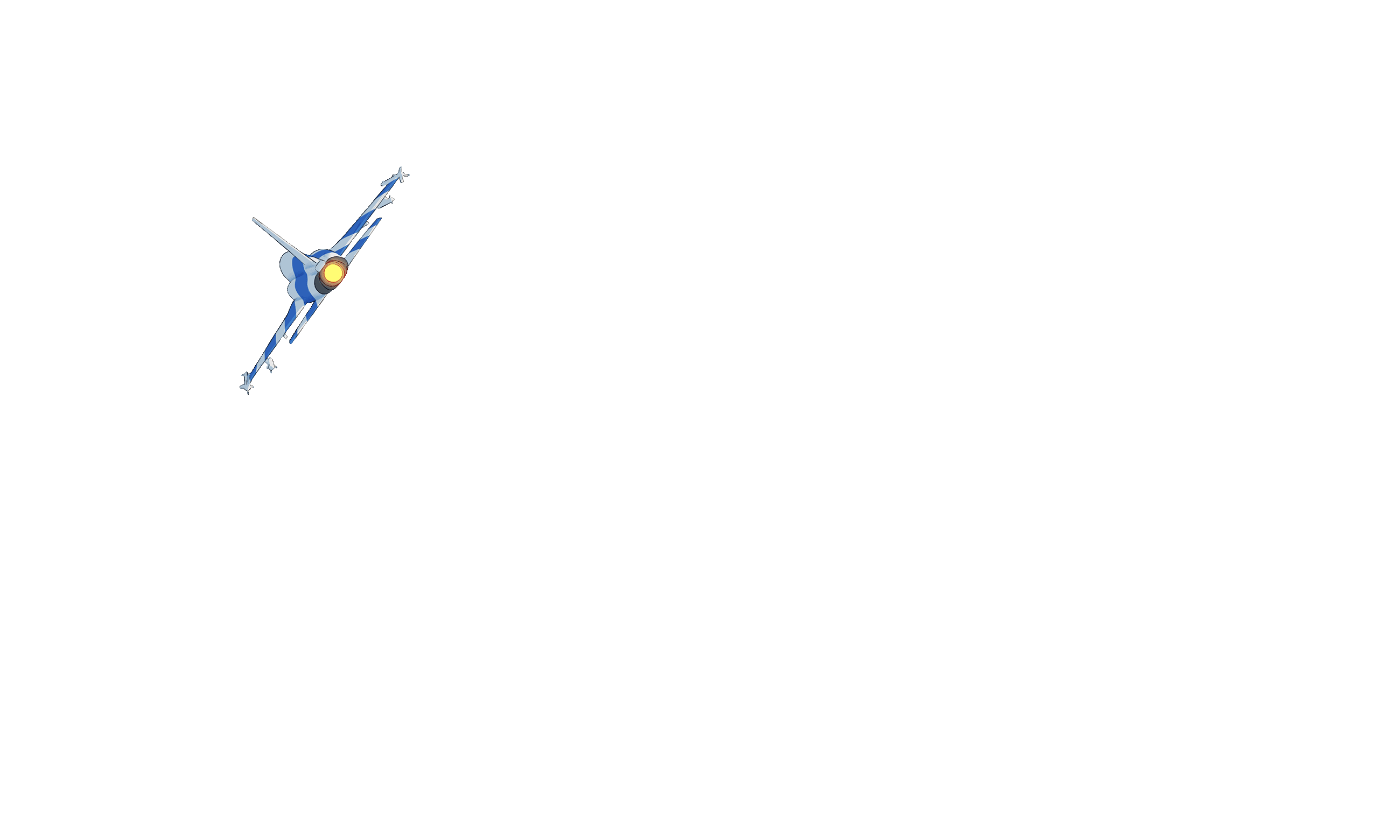 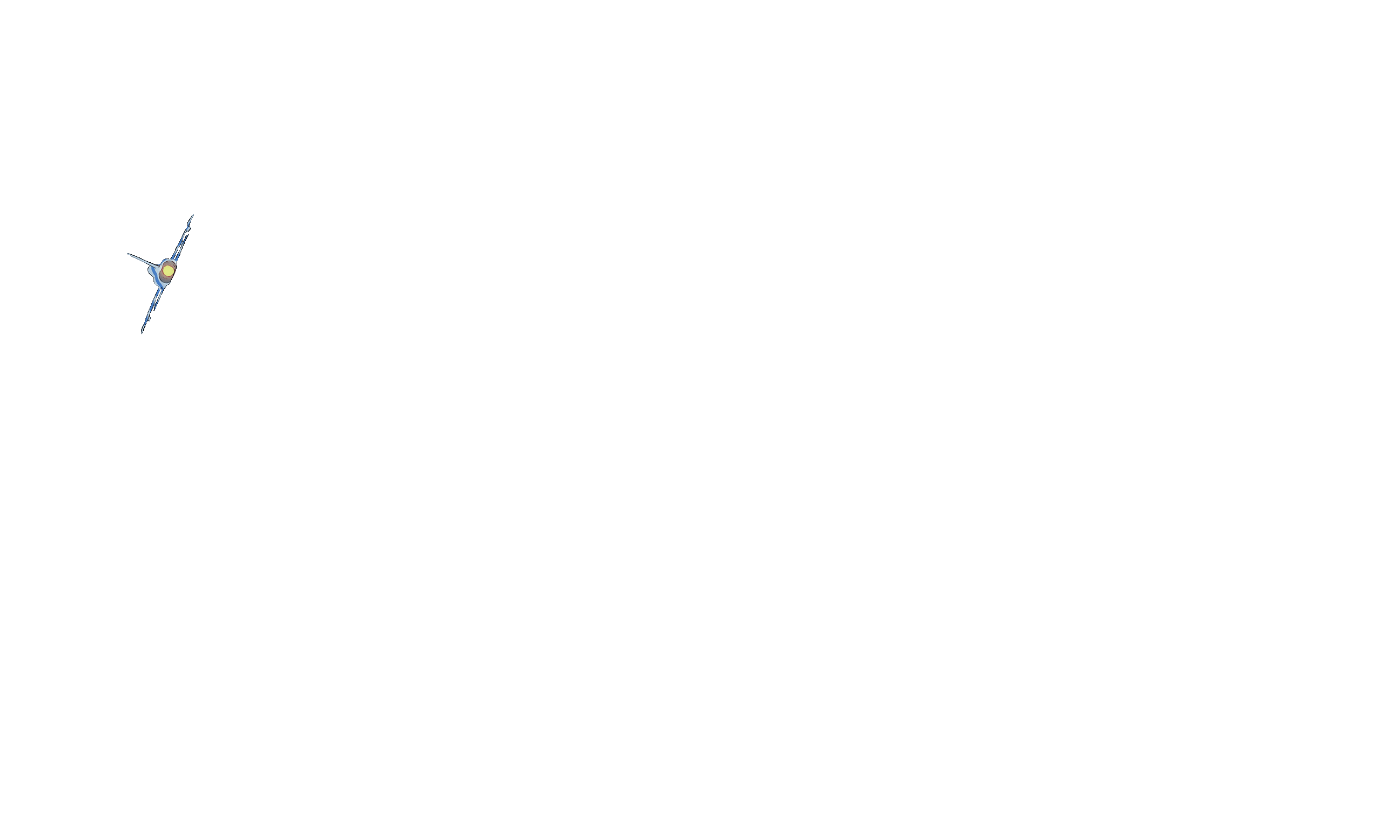 It was the winter of 1986 and, in an increasingly competitive market, Sega was looking for an arcade hit or, rather, a blockbuster. The success of Hang-On, Space Harrier and Out Run had caught everyone by surprise, but now it was time to truly capitalise on the innovative game design skills of Suzuki and his team. In early December, development on After Burner began.

The idea for a flight shooter had been around for a while and, inspired by the anime Laputa: Castle in the Sky, Suzuki was initially thinking of something with a whimsical, fantasy feel. Then came Top Gun, the Tom Cruise action movie juggernaut that hit box-office gold by mixing state-of-the-art military hardware with blistering machismo. If Sega wanted a global hit, authenticity and high-octane action seemed a more pertinent concept.

So the design philosophy shifted. Now the player would be piloting an F-14 Tomcat in a frantic real-world setting. The After Burner we know was taking off. Just as he drove exotic cars and motorbikes to understand the true road-handling experience, Suzuki also went to great lengths to experience the sensation of air combat. ‘Every time we started making a new game, I carried out research in the field first,’ he says. 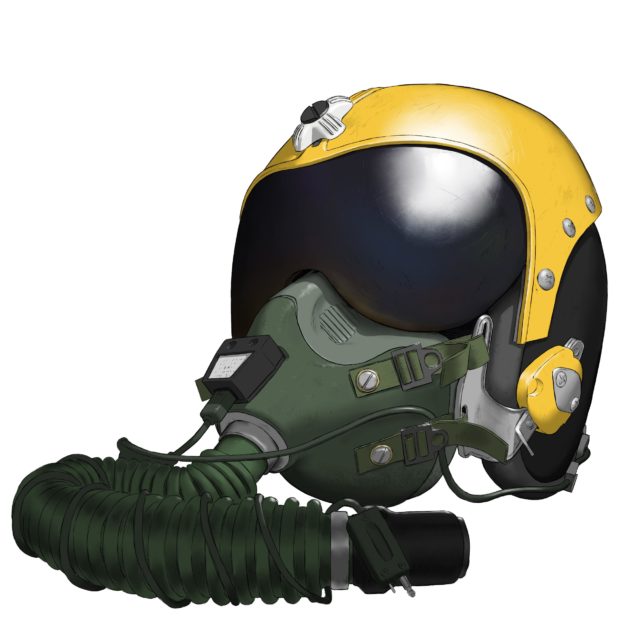 ‘We explored literature, interviewed pilots, watched movies, and we also went to a US base to see fighter planes. We were given this great opportunity to take part in a dogfight simulation by flying an actual aircraft in Florida. I learned some tactics for dogfighting and then I got to fly an aircraft.’

But he had little interest in creating a specialist flight simulation which would be inaccessible to casual players. Instead, he wanted the airborne equivalent of Out Run – a joyous, exhilarating thrill ride. Explosions dominate the screen – great billowing cascades of orange pixels bursting across deep blue skies. This is not a game of cagey one-on-one encounters – it involves battling relentless waves of enemy fighters as they swoop into a hit zone. Not that After Burner is easy. Players move a targeting system over on-screen enemies before locking on and firing the correct number of missiles to bring down the craft. Memorising attack wave numbers so as not to waste missiles, and attempting to prioritise the enemy leader (which could often bring down the whole wave with one shot), are significant skills to master. Veteran players learned the enemy formations by heart, acing the game with barely a missile wasted.

In technical terms, After Burner was a clear progression from Out Run. Although the game utilised the twin-68000 set-up found in previous AM2 titles, the processors were clocked higher at 12.5Mhz, in comparison with the 10Mhz of previous iterations – more was happening on-screen to calculate and render.

‘The new hardware also added four custom chips,’ explains games collector and developer Chris White. ‘These handled the mathematical calculations necessary for a full 360-degree rotation of the playfield, which enabled After Burner’s trademark barrel roll. And whereas Space Harrier abandoned the notion of using a real-world setting, due to graphics limitations, After Burner overcame the technical hurdles by dramatically increasing the amount of sprite data and adding rotation to the existing sprite scaling layer.’

The deluxe cabinet design is imposing – a chunky, futuristic cabin with richly coloured graphics (including an illustration of a pilot with his thumb aloft, a telling reference to Top Gun) and a transparent panel behind the seat featuring blueprints of an actual F-14. As players approach the cabinet, the interior is lit cobalt blue by the monitor, promising a truly high-tech experience.

Within, it’s a total sensory experience. The player sits in an enclosed recreation of a fighter-jet cockpit, complete with cosmetic instrument panel, flashing missile-warning lights (which signal when an enemy has locked on) and a fighter jet-style analogue joystick. When the After Burner cabinet was initially released to a limited market in mid-1987, this was the only controller – however, being unable to control the plane’s speed made the experience too challenging. Two months later, a new version of the game named After Burner II (essentially a tweaked version of the original) arrived. It featured a throttle handle by the player’s left side, as well as a remixed soundtrack and three new stages, bringing the total to 21. 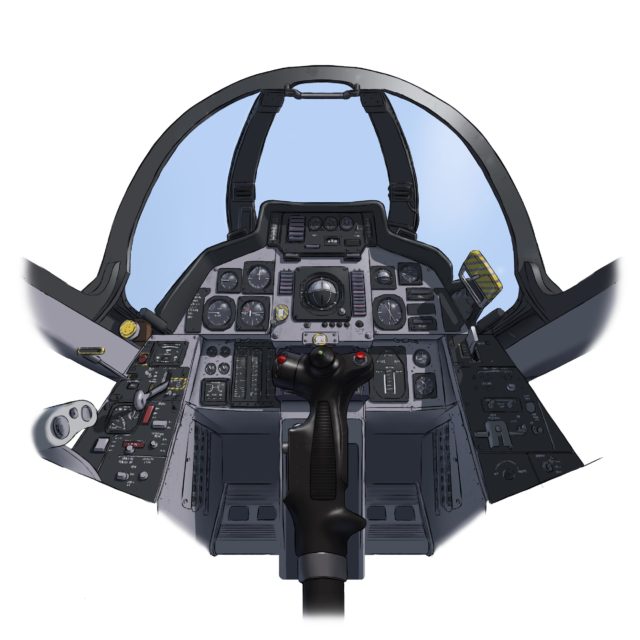 In both versions, the cabinet is most famous for its motion capabilities. While Space Harrier utilised a fixed pivot motor set-up, facilitating basic bidirectional movement, After Burner features a double cradle mechanism, allowing the cabinet and chair to rotate independently – the former vertically, the latter horizontally – simulating the pitch-and-roll effect of air flight. The feel is suitably dramatic and immersive, although apparently not quite as thrilling as when it started out. ‘The first prototype we built – just the steel frame and monitor – had amazing power, and felt really good,’ stated programmer Satoshi Mifune in a 1996 interview. ‘But it was deemed too dangerous, so its power was lowered. That first impression stuck with us, though, and influenced the final version of the After Burner cabinet.’

After Burner never quite matched the success of Out Run; it was a more complex and demanding game, lacking the aspirational appeal of its predecessor. It did, however, symbolise the design philosophy of this golden era. It is all about intensity. As the cockpit spins, the screen is awash with screaming jet fighters, dense explosions and white, puffy vapour trails. In the background, hyper-real landscapes zoom far below as a nuclear sun sets on the horizon. All you can hear is a teeth-rattling mix of thudding guitar rock and impact sound effects.

For Terminator 2: Judgment Day’s iconic arcade scene, in which the movie’s T-1000 robot assassin finally catches up with its target, John Connor, the rebellious teen is, of course, playing After Burner, his hand on the throttle, the warning lights flashing red against his face. In that moment, the appeal of this exhilarating game was cemented in pop culture forever. 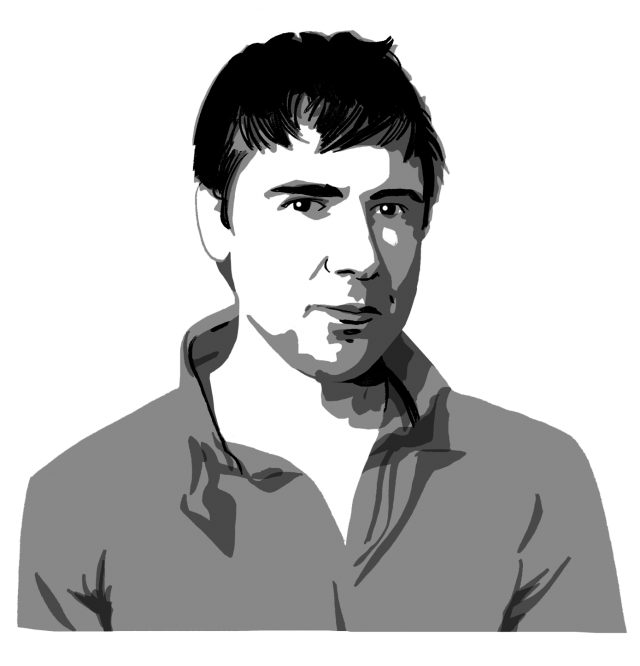 Keith Stuart is a veteran technology, arts and media writer with over 20 years experience covering videogames and game culture. He started out on industry bible Edge magazine as features editor, covering the dawn of the PlayStation era; he has since written for GamesMaster, PC Gamer, T3, Official PlayStation Magazine, Eurogamer and Official Xbox Magazine.

He still harbours a lifelong love of Sega, having owned a Mega Drive, a Game Gear and a Saturn, and edited the Dreamcast magazine DC-UK for two eventful years.