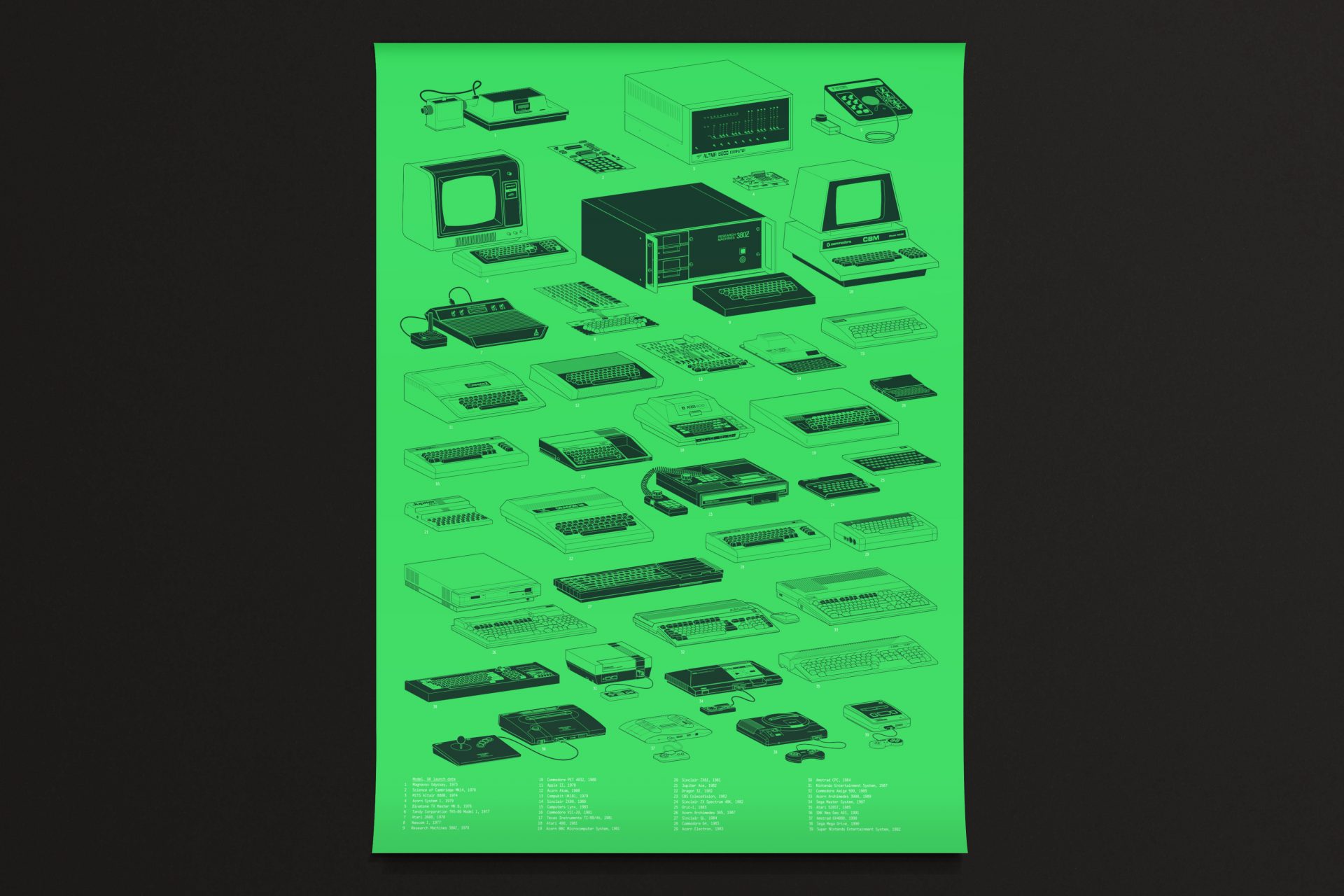 An A1 lithographic print featuring 39 intricate illustrations of the major platforms of the Britsoft era. Printed in a bright fluro green ink on an uncoated heavyweight stock, the print showcases the diverse and characterful machines that defined the British games scene from the 1970s up until the movement’s decline in the mid-1990s. A key identifies the model and UK launch date of each item of hardware.

Designed by London-based studio Julia, the print’s illustrations were first produced for our interview-led account of the early British games industry, Britsoft: An Oral History. 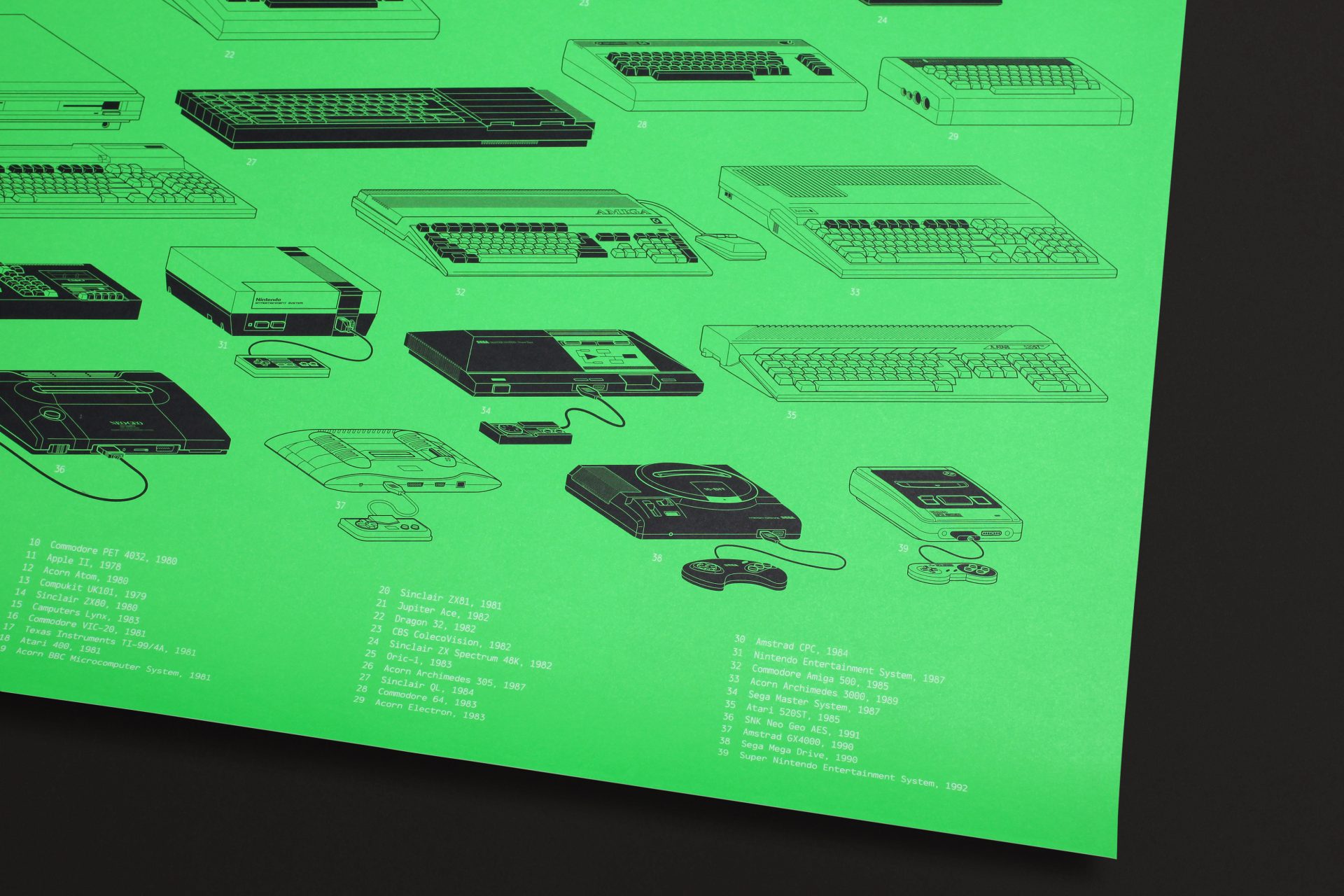 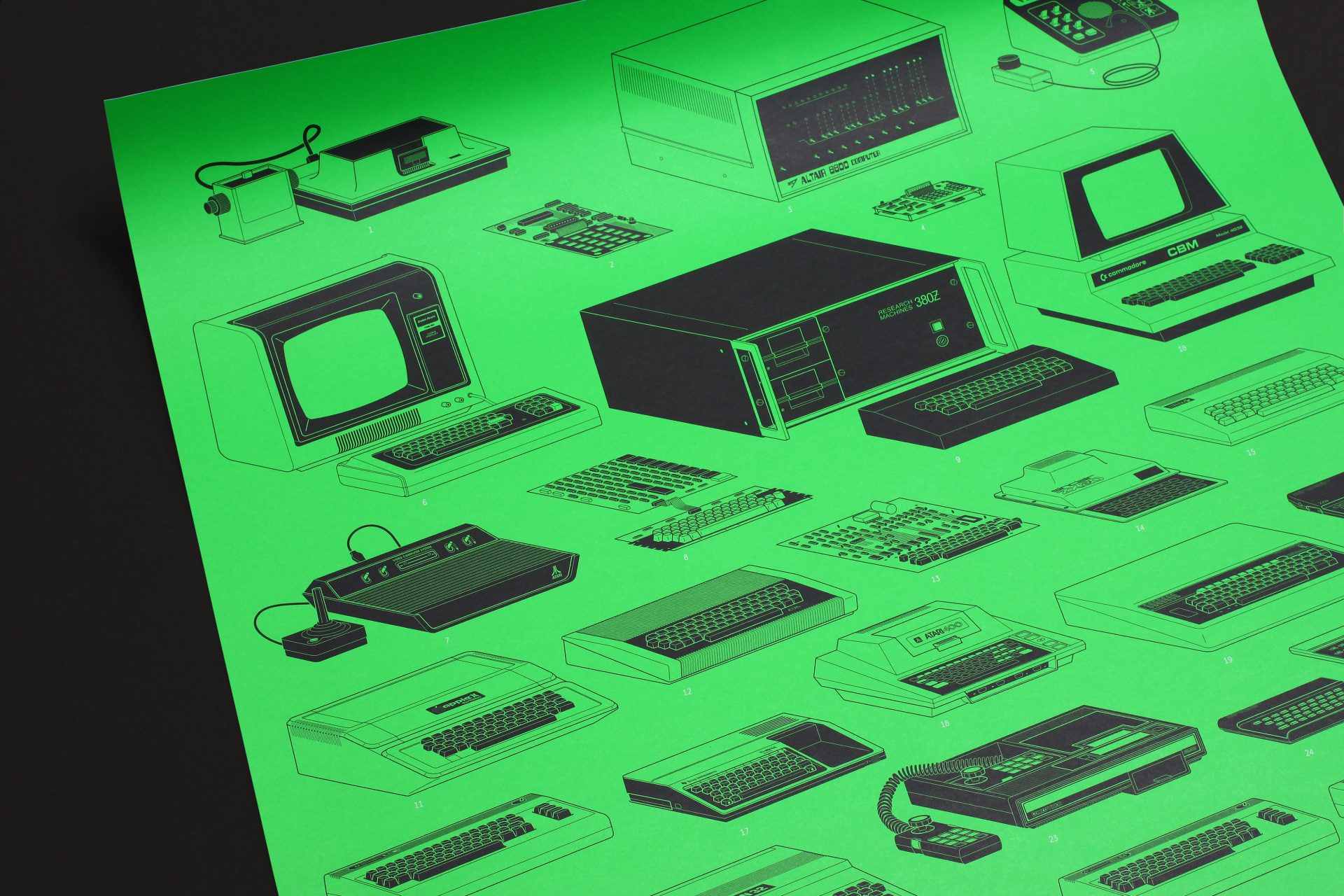